6. Let’s complete the design of the transformer Flyback 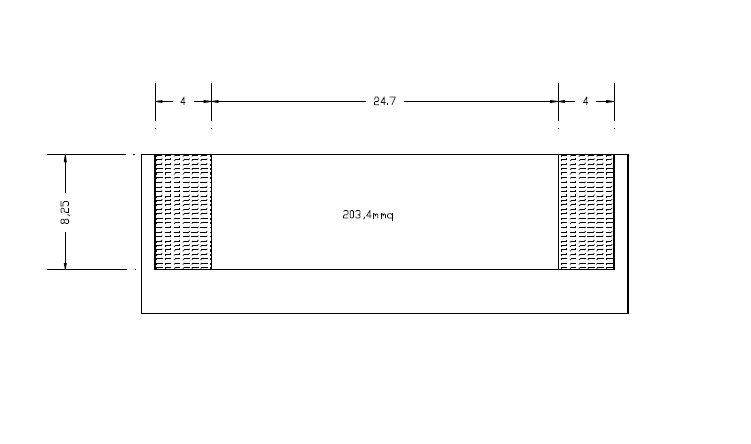 Figure 9 – Detail of the support section to ETD49.

After the previous considerations let’s complete the design of the transformer Flyback converter described in Chapter 3. In Figure 9 is shown a section detail of the support for ETD49 with the relative dimensions in millimeters. Given that the rules [9] require a minimum lateral distance between the primary and secondary windings of 8 mm, the area available to carry out the winding will not be more that indicated in the catalog 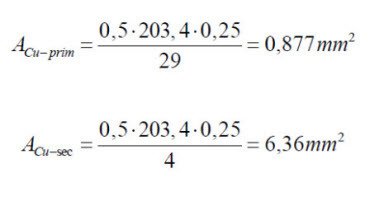 With the new section to the primary of 0.877 mm^2 the closer value obtained from Table 10 appears to be a wire section 0.823 mm^2 (AWG18) and a nominal diameter of 1.024 mm. The graph shown in Figure 8 shows that if we use a single conductor, the increase of the resistance for the skin effect would be greater than 5%, then excessive. Therefore, following the instructions provided in Table 9 in the appendix, it’s chosen a Litz wire with equivalent section:

being available in the support a linear length of 24.7 mm, on a layer we could place the followinf number of turns:

therefore we’ll realize the primary with two layers, among which we’ ll interpose the secondary. To realize the most symmetrical windings possible, the 29 turns will be divided into a total number of 15 on the inner layer, and 14 on the external layer. Maintaining the value found in the manual of an average length of the coil of 86mm for the support in use, let’s estimate a total length of the primary

With the new section to the secondary of 6.36 mm^2, the closer value obtained from Table 10 in the appendix would be the 9AWG with 6.63 mm2 cross section, but the Litz wire isn’t produced for all dimensions. In fact from Table 9 we can verify that there are only the AWG numbers even, then it’s chosen the next gauge equivalent to a section of 8.37 mm^2 ie:

The secondary winding of only 4 turns, will have a linear length modest (approximately 20mm) such as to allow the realization of a single layer, for a total length of the winding of 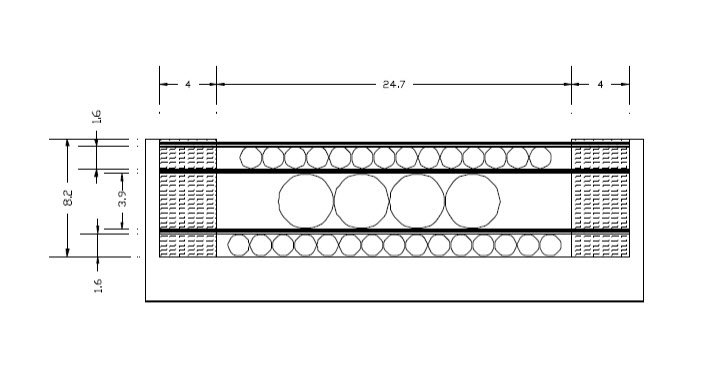 Figure 10 – Detail of the support section to ETD49, with the possible stratification of the windings separated by insulating layers.

In the case of difficulties of realization for lack of space it ‘s possible to reduce the gauge of the wire to the secondary. Using a 10AWG (5.26 mm^2) the maximum power dissipated in the secondary rises to about 0.4 W. The amount of power lost in the copper remains however lower (2W + 0.4 W) than the maximum estimated at 2.5 W.