Simulated results using the fuse model are compared with measured results in this section. The 32A HRC fuse from GEC Alsthom, type TIA32, was used in a high current test circuit for the measured results. The source voltage, prospective current and time constant of the test circuit are typical of the conditions existing in a high-ohmic distribution (HOD) feed of a telecommunications exchange.

The test circuit contained four 12V 35Ah Gates valve-regulated batteries, a Sprecher & Schuh 3 phase 90A contactor, a 100A/100mV 1% shunt, a 24mH 6mohm air-cored inductor, a 35mohm low-inductance resistor and the fuse under test. The three phase terminals of the contactor were connected in parallel and the contactor was manually actuated to eliminate contact bounce. The batteries were in good condition and fully charged. The test circuit has a time constant L/R = 0.3ms and a prospective current of about 660A. 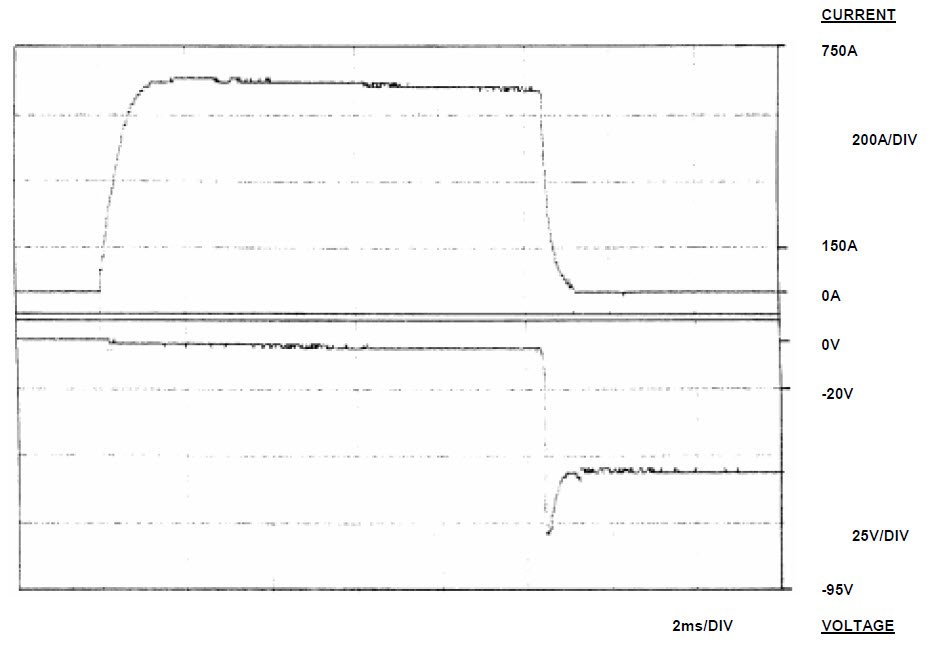 The simulated fuse current and voltage waveforms are shown in Figure 5. The fuse model parameters used were ir= 32A, (i²t)p= 3,284A²s (manufacturer’s data), VOFF = 1.32V and the measured values of RF and Rf. The simulated test circuit resistance was adjusted to 72.5mohm to obtain a peak current of 660A; this resistance represents the sum of the battery internal resistance, the inductor parasitic resistance, the contactor resistance and the 35mohm low-inductance resistor. The switch Sfuse controlling voltage VOFF was adjusted to 1.32V to obtain an arcing time of about 0.8ms and a peak arc voltage of 75V. 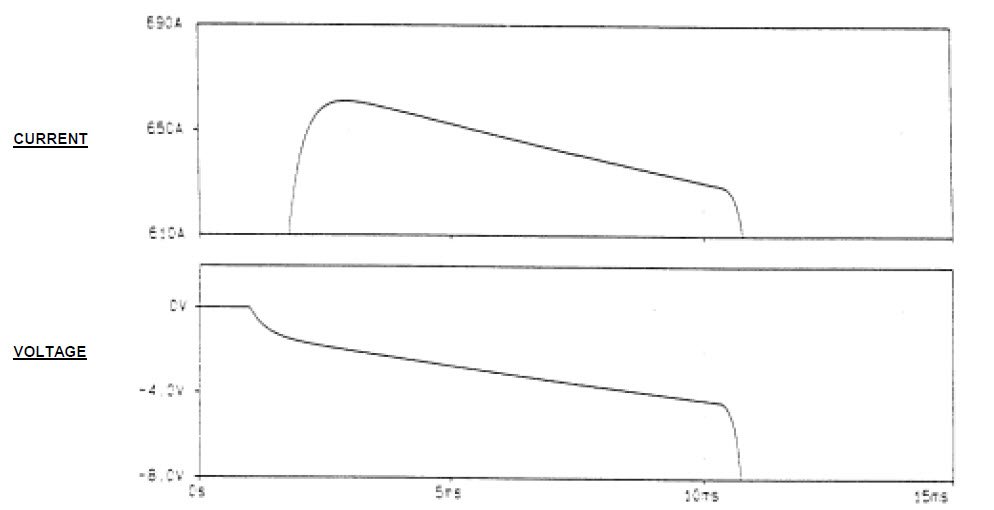 The main region of error in the simulated waveforms is during the transition between pre-arcing and arcing periods. The measured results show an abrupt transition, whereas the simulated results are smoother due to the turn-off characteristic of the switch Sfuse.

This section has shown the very good correlation between simulated and measured results of a fuse operating in a test circuit when using the fuse model developed in Section 2. Parameter acquisition for the fuse model has been shown to be simple and effective , using data from the manufacturer and results from a basic test circuit.